3 hours to go!! £533 more and we will host a FIELDTRIP London Premiere for free! Can we make it? Please, lets make it!
Kickstarter 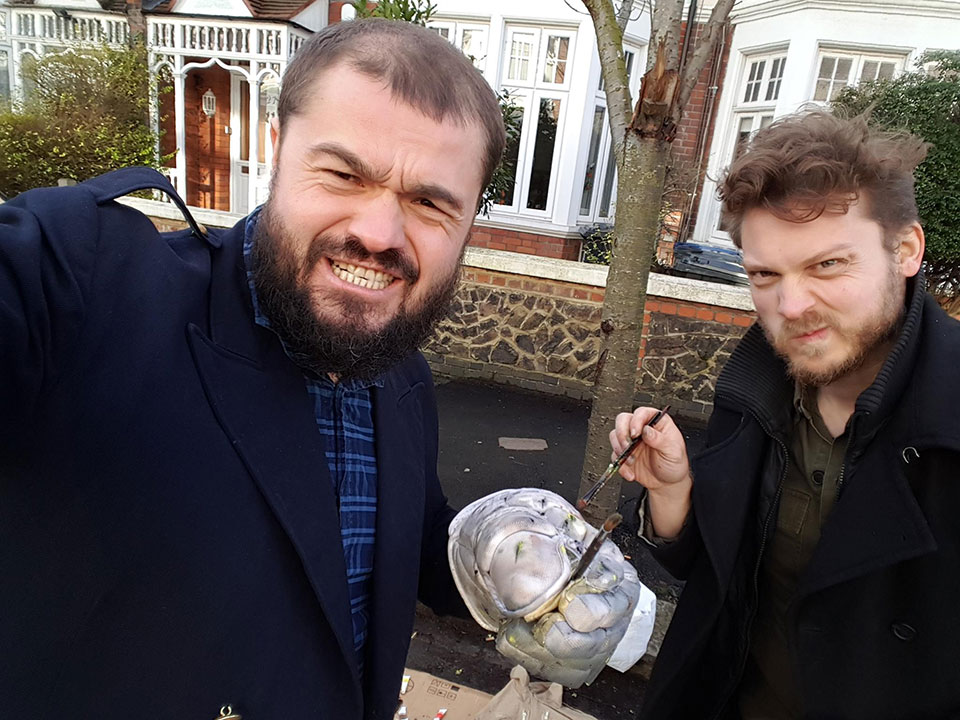 LAST DAY! 24 hours left on our Kickstarter! While we have exceeded our initial goal and are now at 111%, all funding will go directly into the project!

3 Days to go! The end is near… Will our heroes make it to the premiere screening?
Kickstarter

The vote is in, concept poster B is the winner! Check the kickstarter page to see the new reward. Limited to 5.

Meanwhile check out our stretch goals. 4 days to go. But we are ambitious as always! 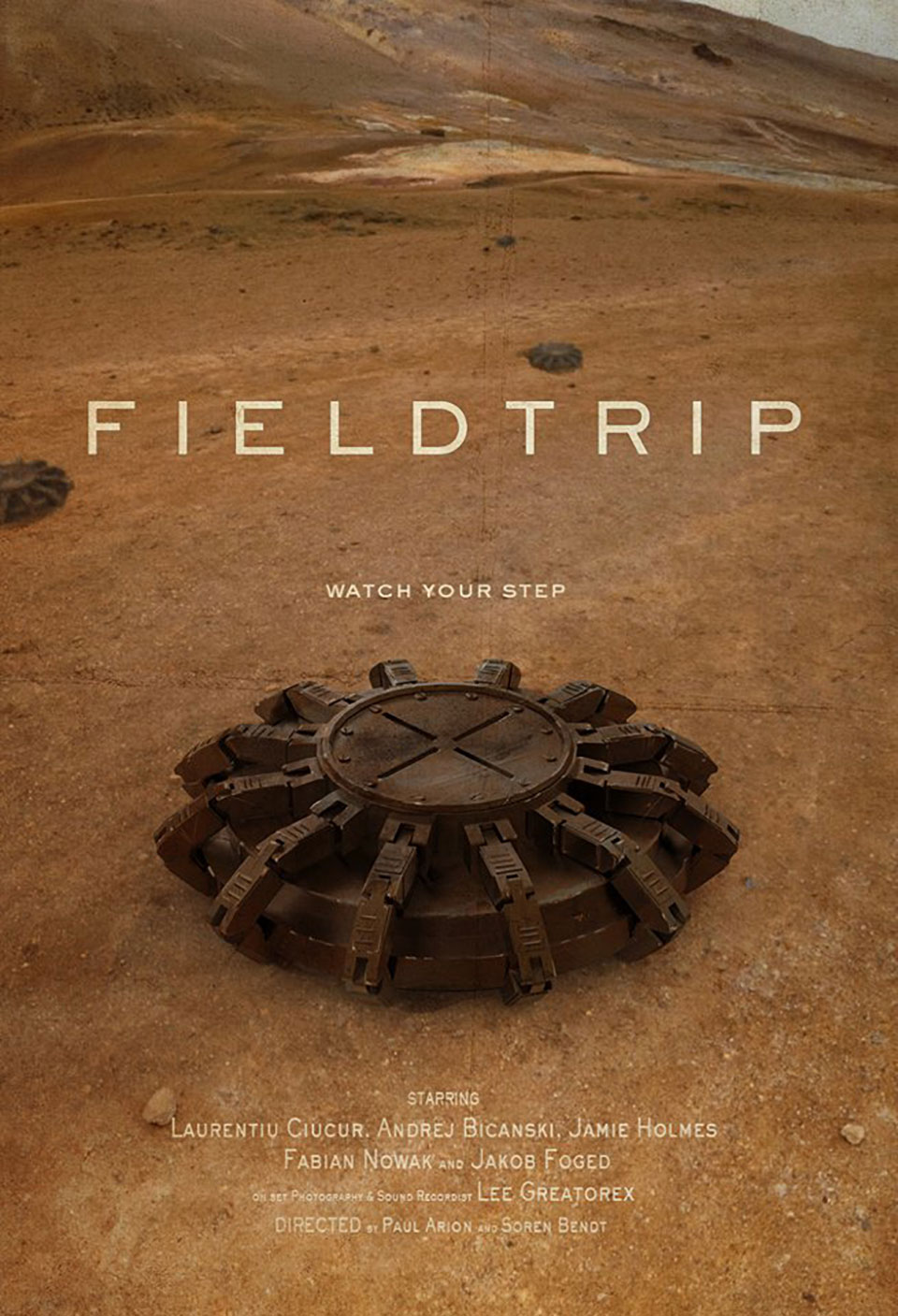 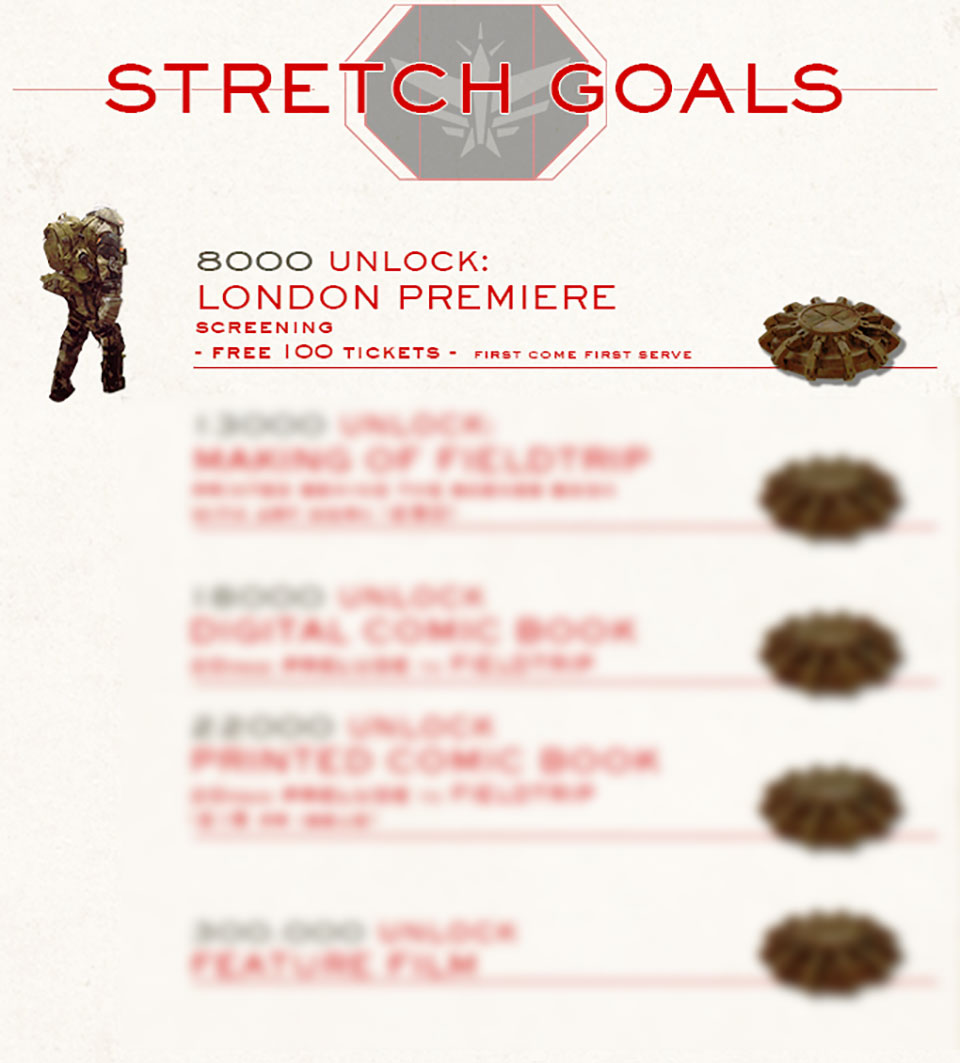 FIELDTRIP. NOW WITH LOVE on kickstarter! Thanks again to everyone making this happen!
Any excess of our goal will go into the project and we have stretch goals coming up soon! 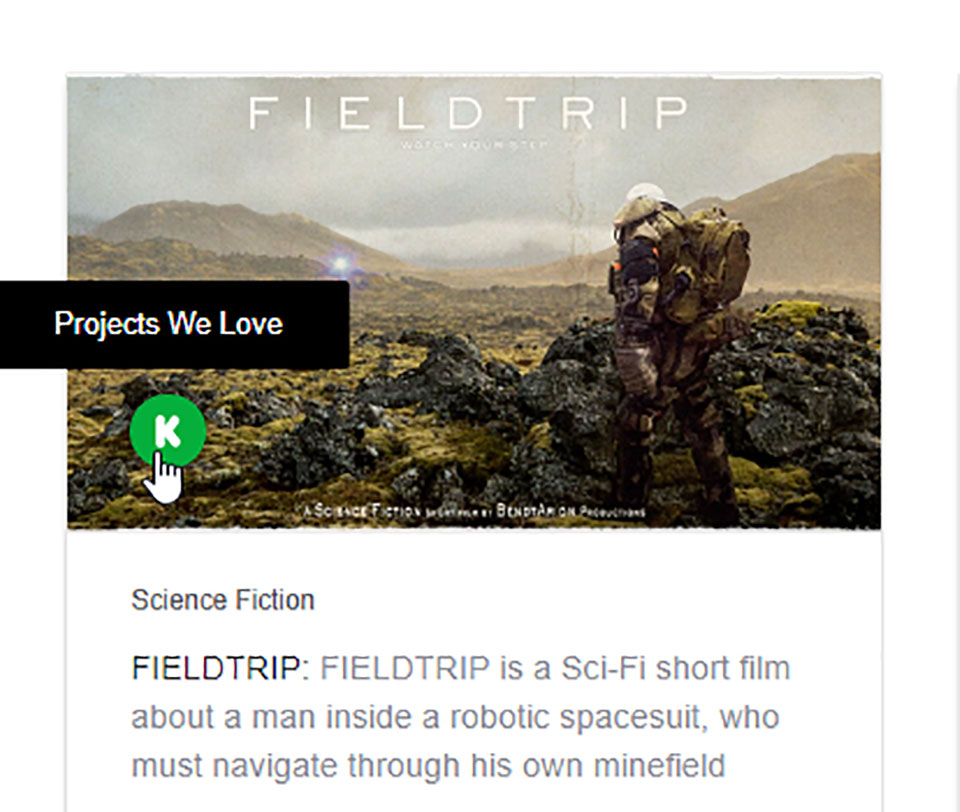 Thank you to our backers!

Early stages of our Suit Companion A.I. Our good friend Steven Hughes (Thanks Steve!) build and fitted all the electronics in a small box so we could get some leds in and bring the ‘ESS Suit Companion’ to life!

The old switch from the flea market works, although it has a tendency to change states. Especially on set.

Our space boot, a modified cheap replica show boot. We never tried making silicone molds before, with help from youtube we finally got something we could use. Fun stuff. 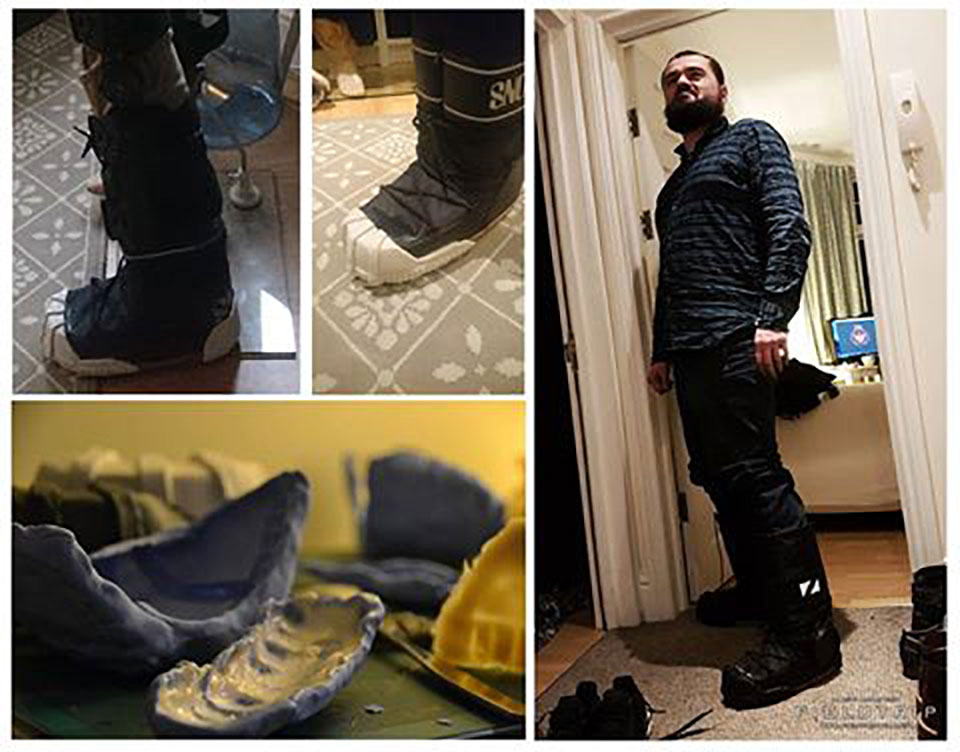 Pledge to the cause, To The Old Homeland!

Captain T celebrates the passing of the 75 percent funding mark on Kickstarter! Just a bit more. Help him out to fly to Iceland and finish this off.

Some of the concept art from our digital package, the early days space suit design and ebay shopping list. 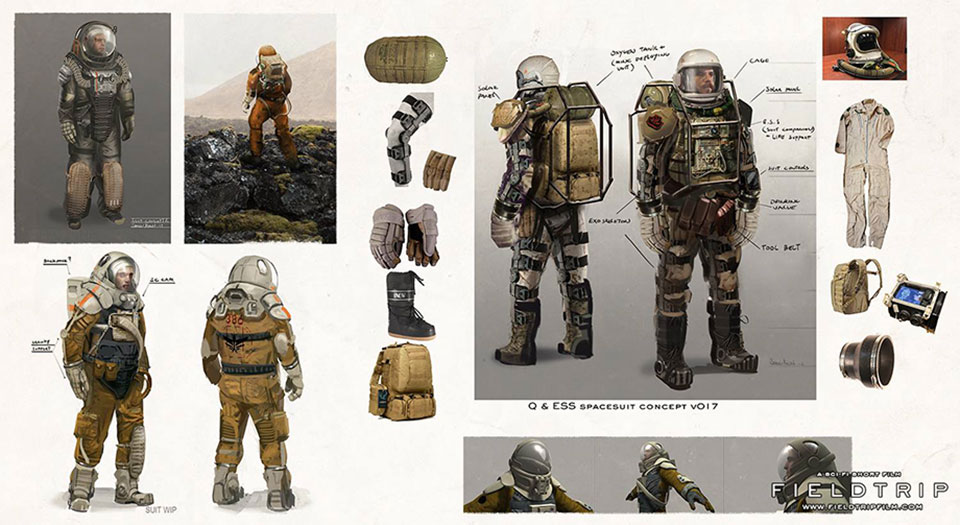 We’re over the halfway point of our campaign!

Two alternative poster designs for FIELDTRIP! Let us know which you prefer in the comments and we will make it available as a new reward! 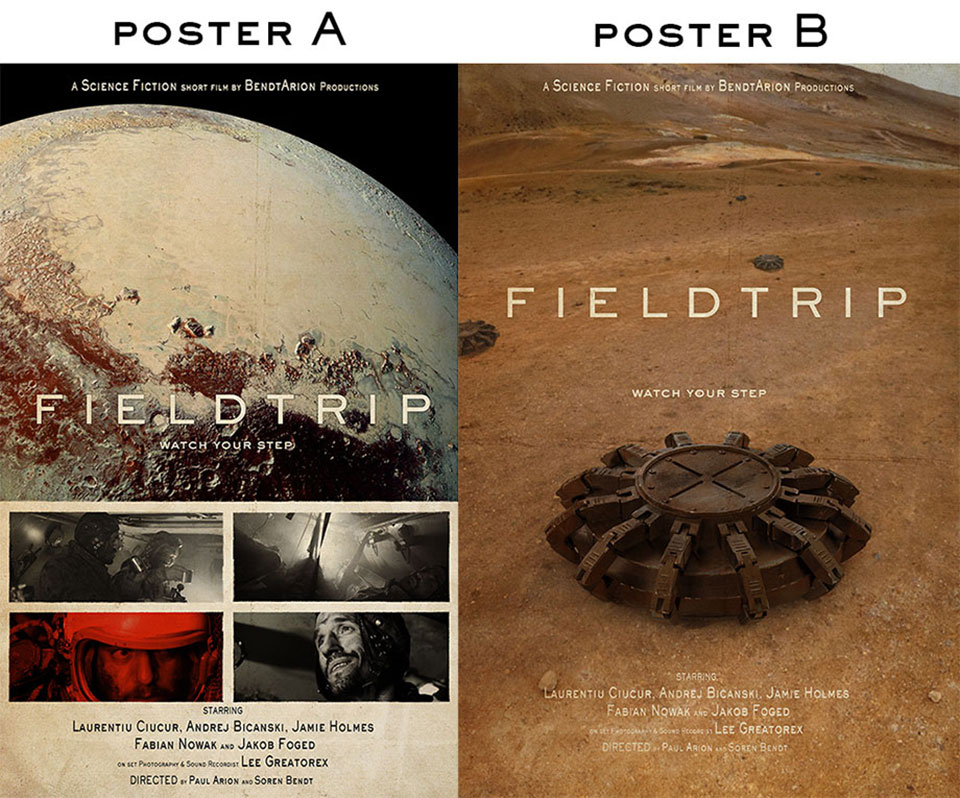 We’re at the 67%! 112 Backers! Thanks to everyone who are backing and sharing, we are currently rank 1 for most popular Sci-Fi on Kickstarter!
Here is a little fieldtrip storyboard timelapse in 101% real time!

Couple of shots from on set! Amazing time with the crew of FIELDTRIP, big thanks to everyone who was involved! 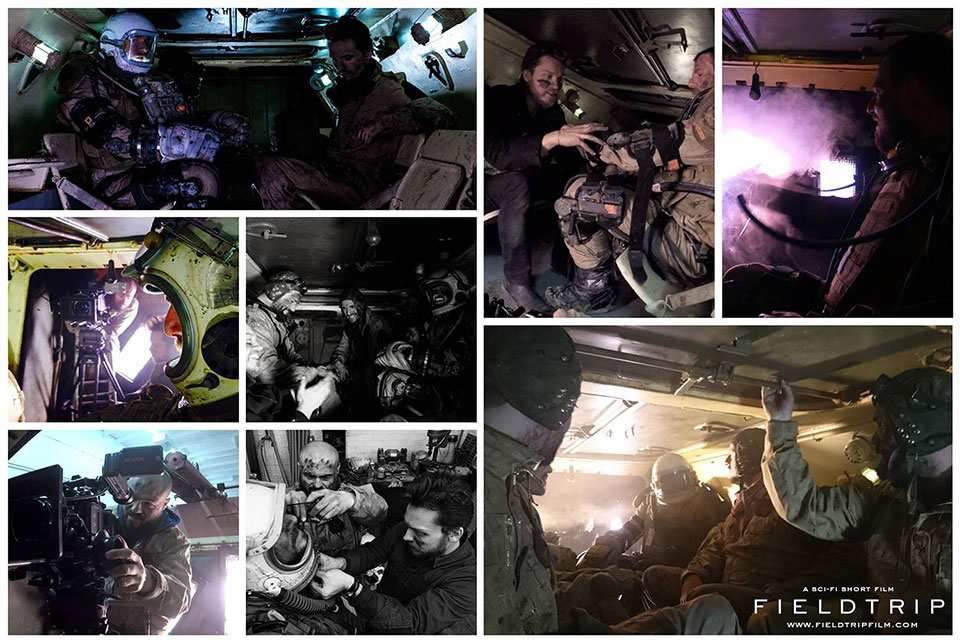 ESS – the suit companion – Issued by The Old Homeland she is your best friend, adviser and doctor. An artificial intelligence computer unit, controlling all aspects of the exoskeleton spacesuit for maximum comfort and efficiency. The never ending stream of information might be a lot, but when you are dealing with isolation its a welcome voice.The spacesuit partner that is always there for you no matter the conditions. It is her and you when in the Field.

Support ESS on his mission and back us on Kickstarter 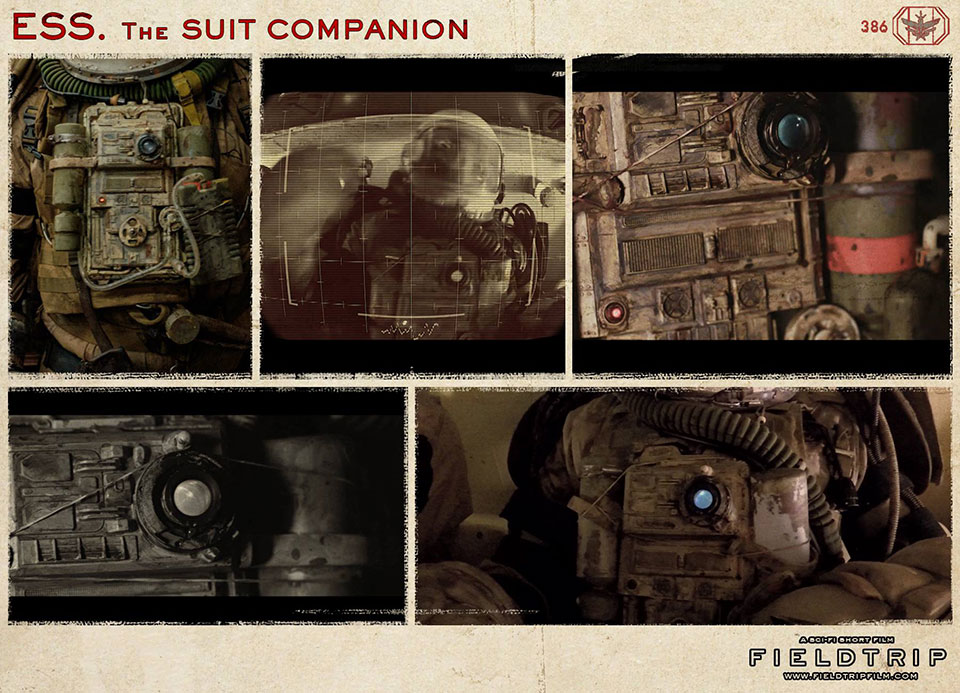 Captain T. The animal, wild crazy and non-stop, who put him in charge? His devotion to The Old Homeland as strong as his moonshine. He only remembers war and he only remember winning. Do not piss him off. The unstoppable man. Played by Paul Arion.

Support Captain T on his mission and back us on Kickstarter 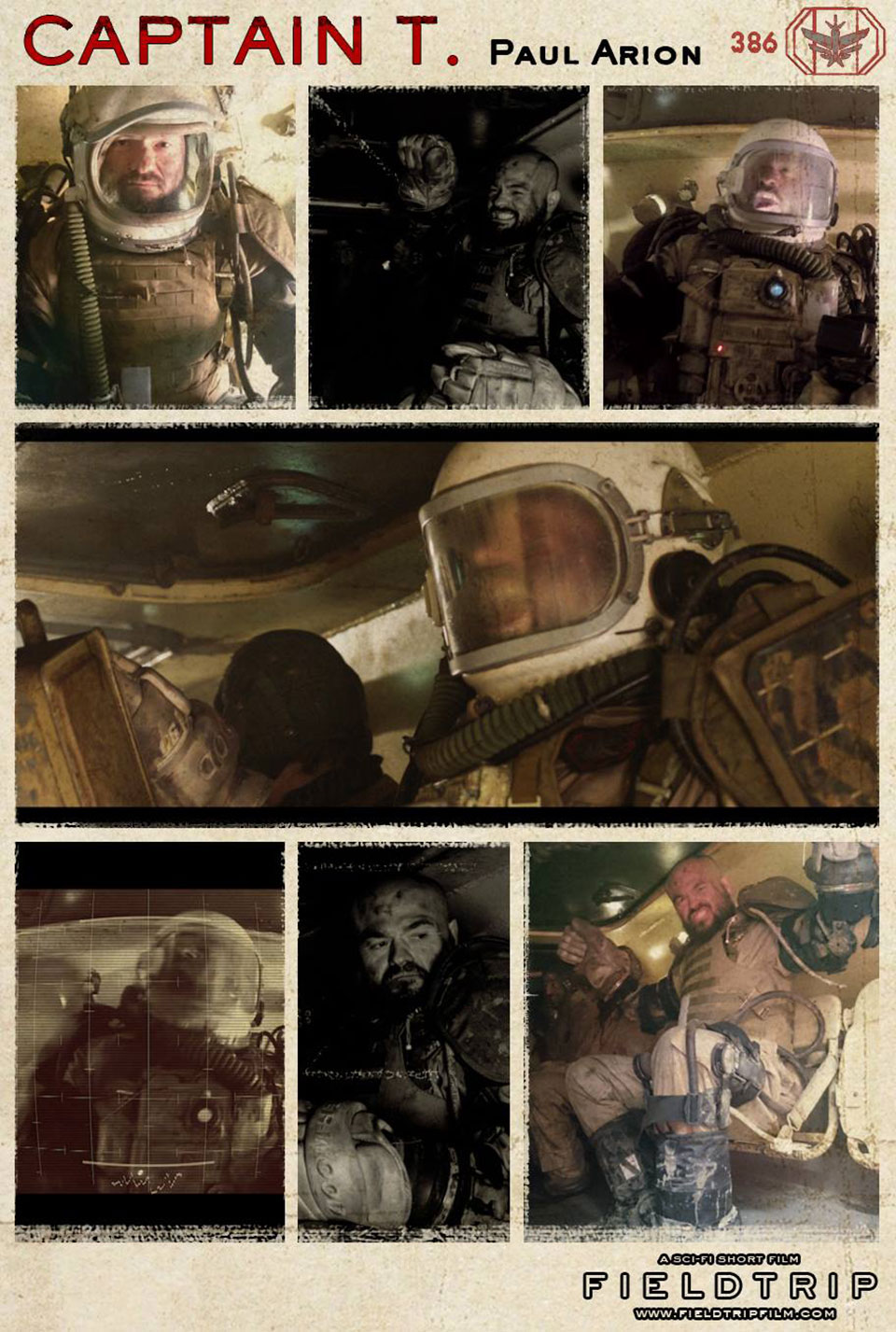 Hi everybody! We just reached the 50% mark of our Kickstarter campaign! This is amazing! Thank you so much for your help and being part of Fieldtrip!

We thought we post one video from our sound recording session. Enjoy…

Planck – the scientist of the bunch, a genius send by The Old Homeland to make sure nothing gets in the way the mission. Don’t lets his soft and friendly appearance fool you, his problem solving abilities making him indispensable, his every move precise and calculated. Played by Andrej Bicanski.

Support Planck on his mission and back us on Kickstarter 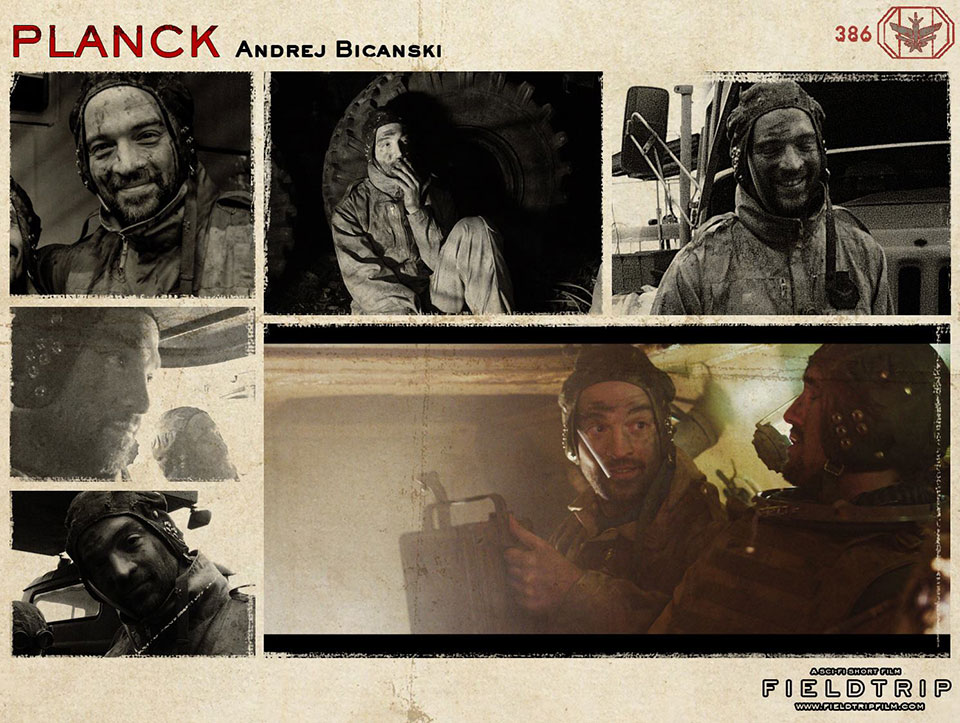 Angel Face – Rookie Soldier on his first mission. The youngest of the group. Devoted to The Old Homeland he signed up for the program to get rough and prepared for whatever will come. A promising guitarist, too bad there are no guitars in space. Played by Jakob Worre Foged.

Support Angel Face on his mission and back us on Kickstarter 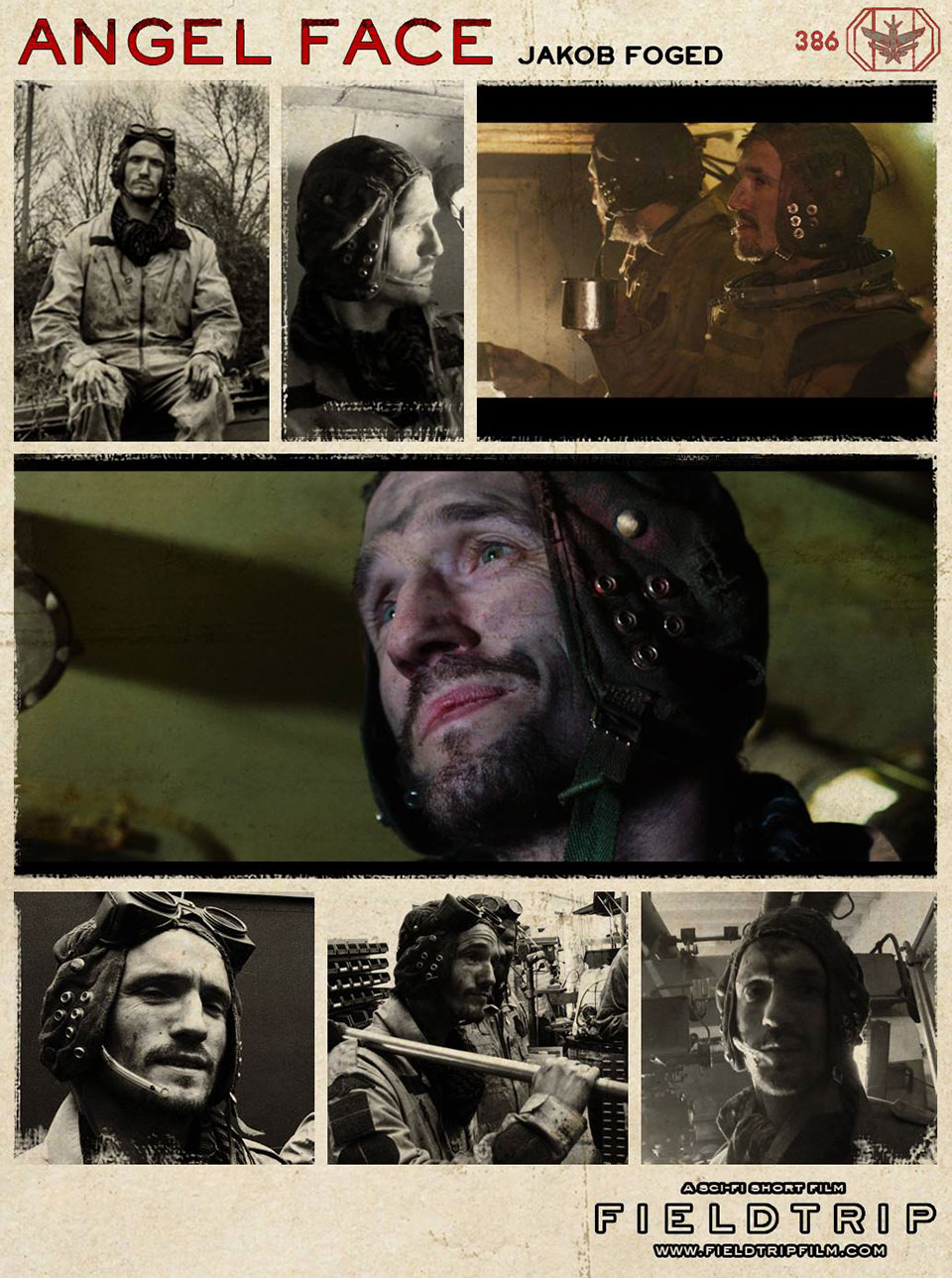 Dingo – The machinist and cook, energetic and always in good spirits. With nothing to loose he enrolled to the outer colonies program on a Saturday after a night out. Never fazed by any situation he keeps the engines running and the crew bellies full. Played by Fabian Nowak.

Support Dingo on his mission and back us on Kickstarter 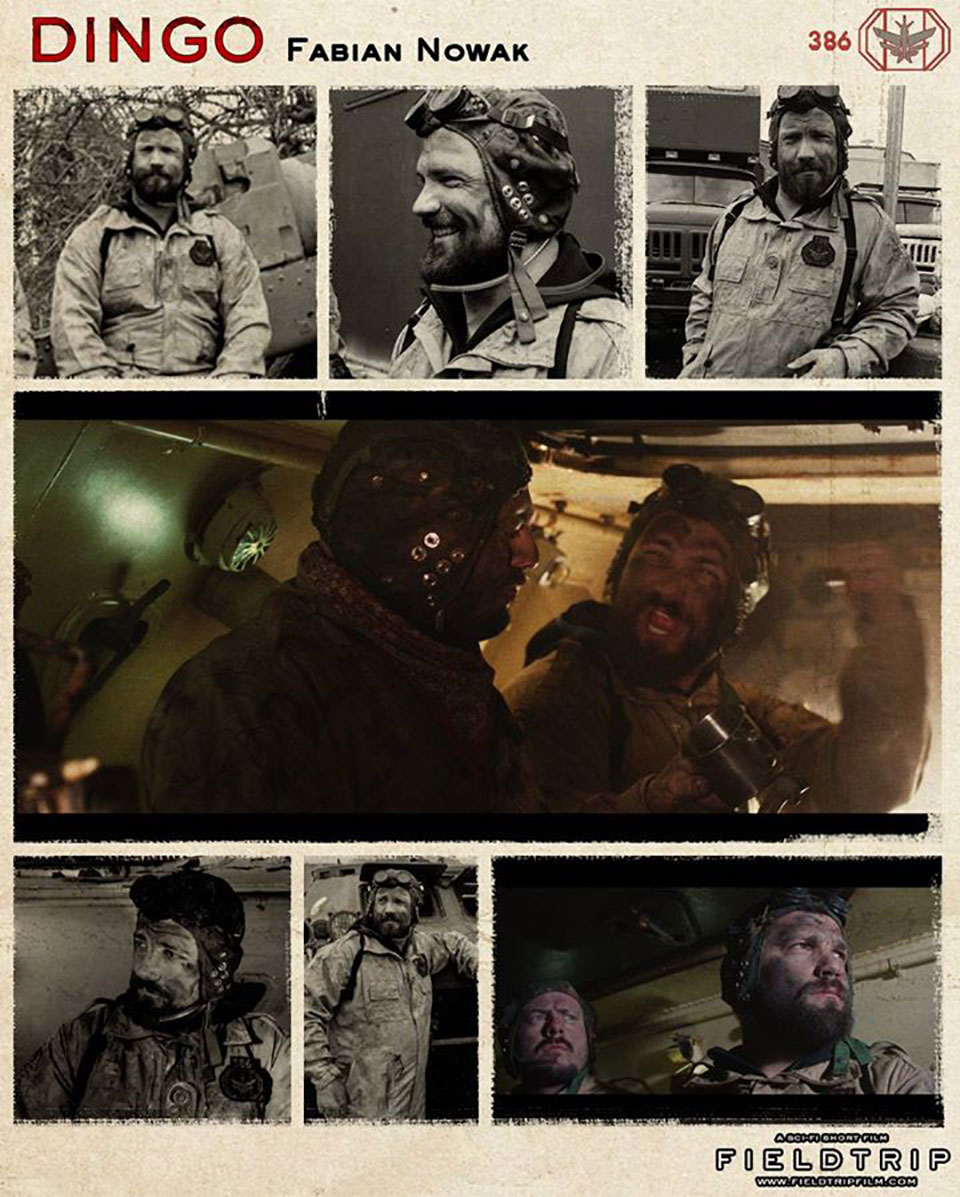 Mephisto – Veteran soldier of The Old Homeland expert mine layer. An animal by day and night, low tolerance for bullshit and whoever going for his stack of magazines. Bullets or paper it doesn’t matter. Likes money, booze and has a charm for the ladies. Played by Jamie Holmes.

Support Mephisto on his mission and back us on Kickstarter 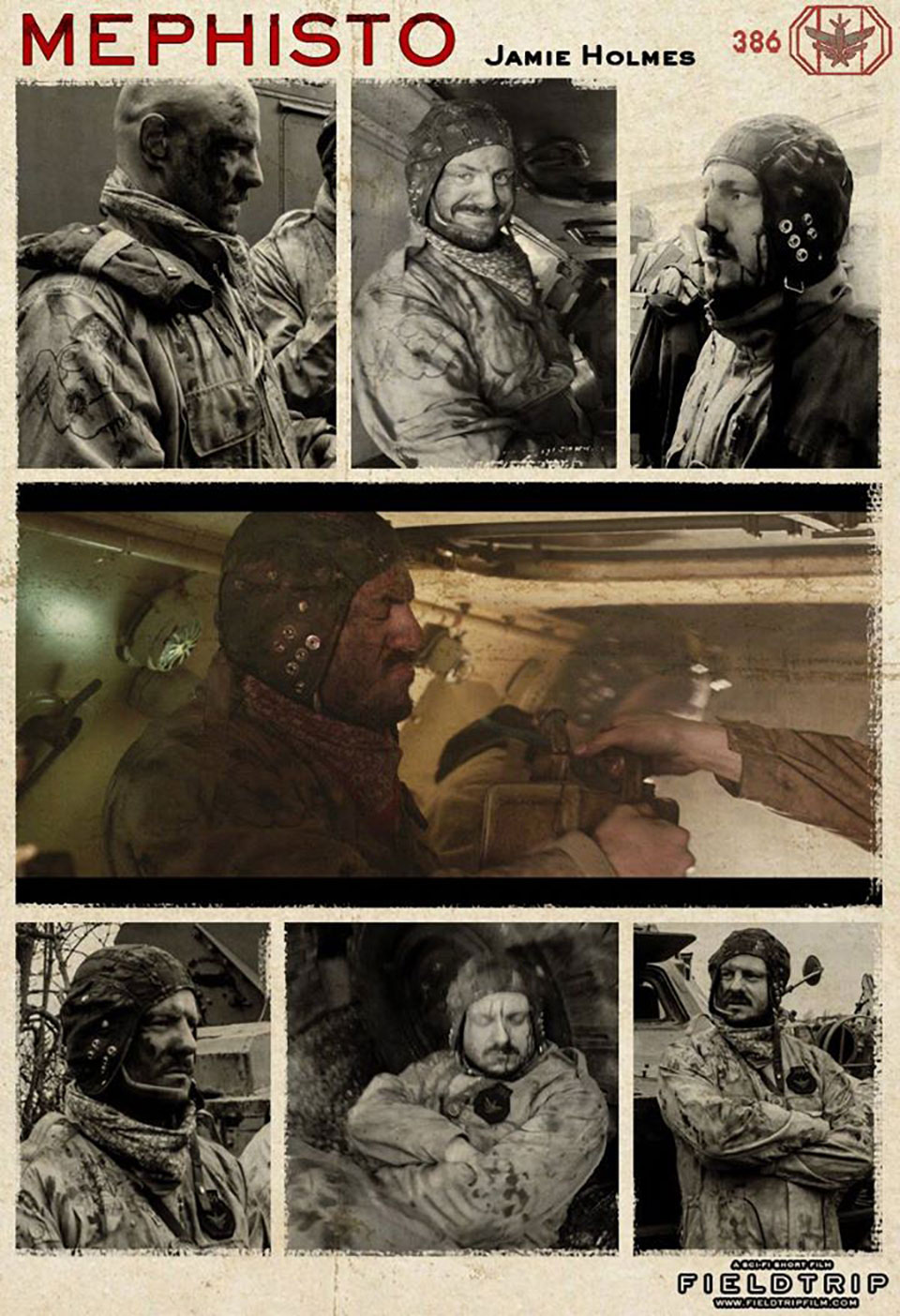 Q – Our hero character, engineer in his mid forties, quiet and smart, gets stuff done. Never likes to be in the spotlight but rather an observer. Was never a big fan of The Old Homeland strategy of the outer colonies landmine program. Played by Laurentiu Ciucur.

Support Q on his mission and back us on Kickstarter 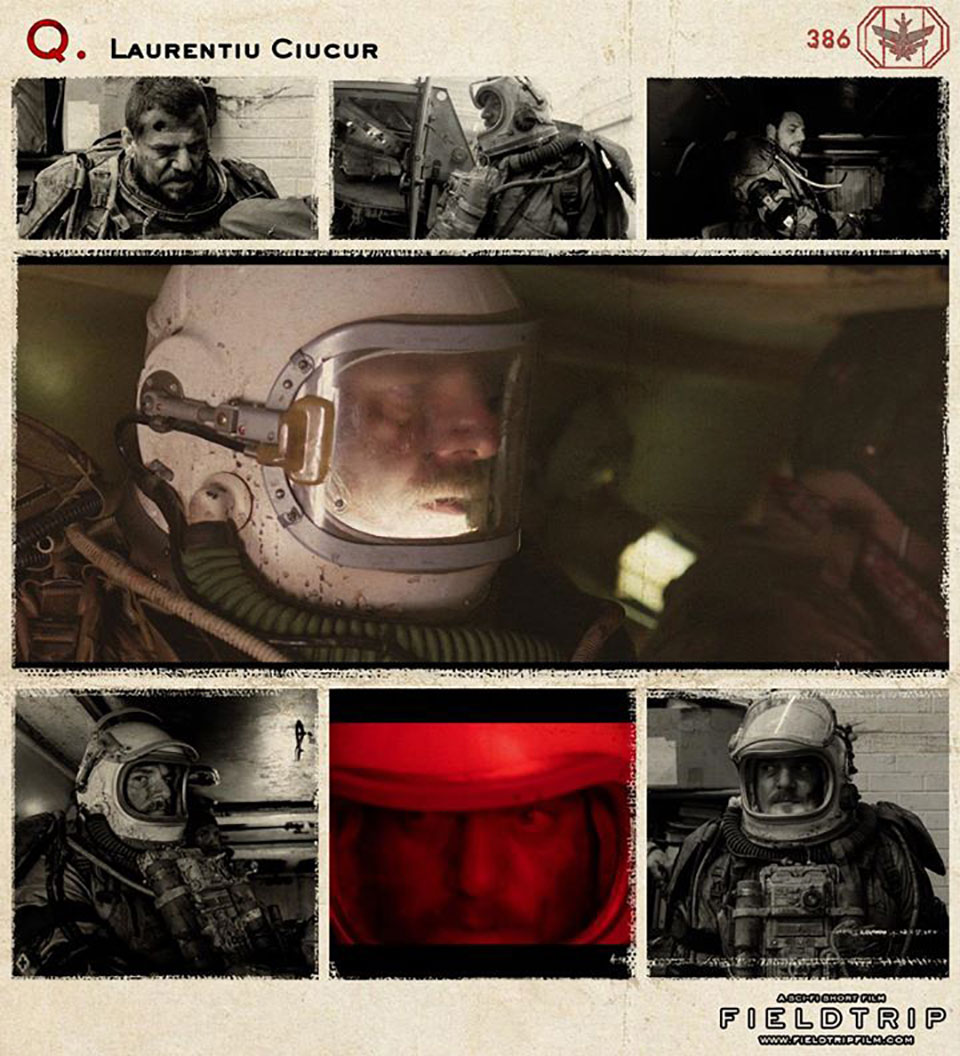 And here it is, the trailer for FIELDTRIP. Back us up on Kickstarter please. Let’s make this happen!

Help the OLD HOMELAND! Again? You can sponsor us on Kickstarter and get the Fieldtrip Digital Bundle for the price of a beer, a comprehensive digital package with storyboards, drawings, concepts and more.

FIELDTRIP is made anytime and everywhere. Pictures from Paul and Soren working the streets, please help us on Kickstarter 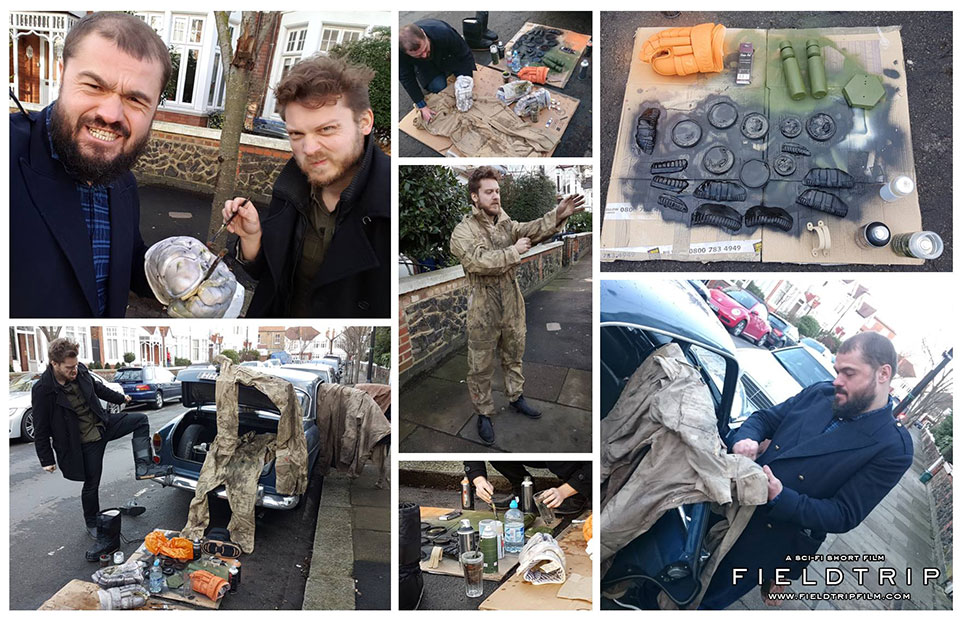 See how we’re making FIELDTRIP! Support us on Kickstarter and get access to the VIDEO DIARY! 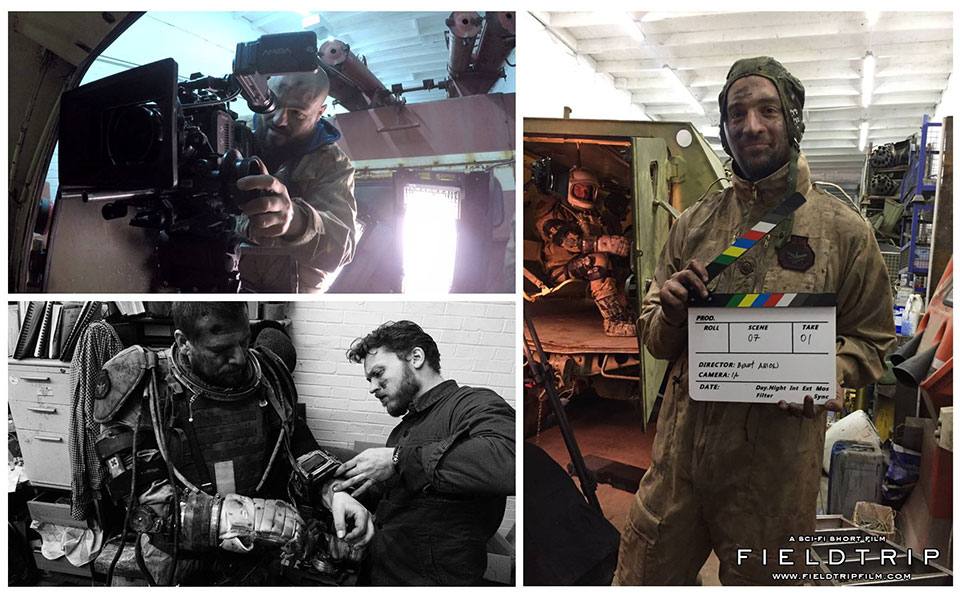 First 4 minutes editing and VFX done! If you know talented sound artist please get in touch! 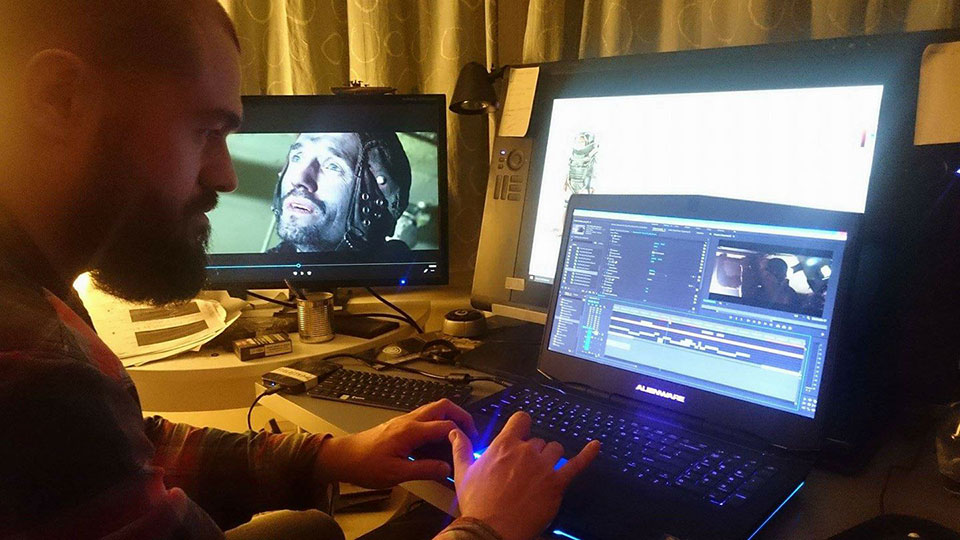 Cheers! Thanks so much for your support, it means a lot to us! Stay tuned for more! 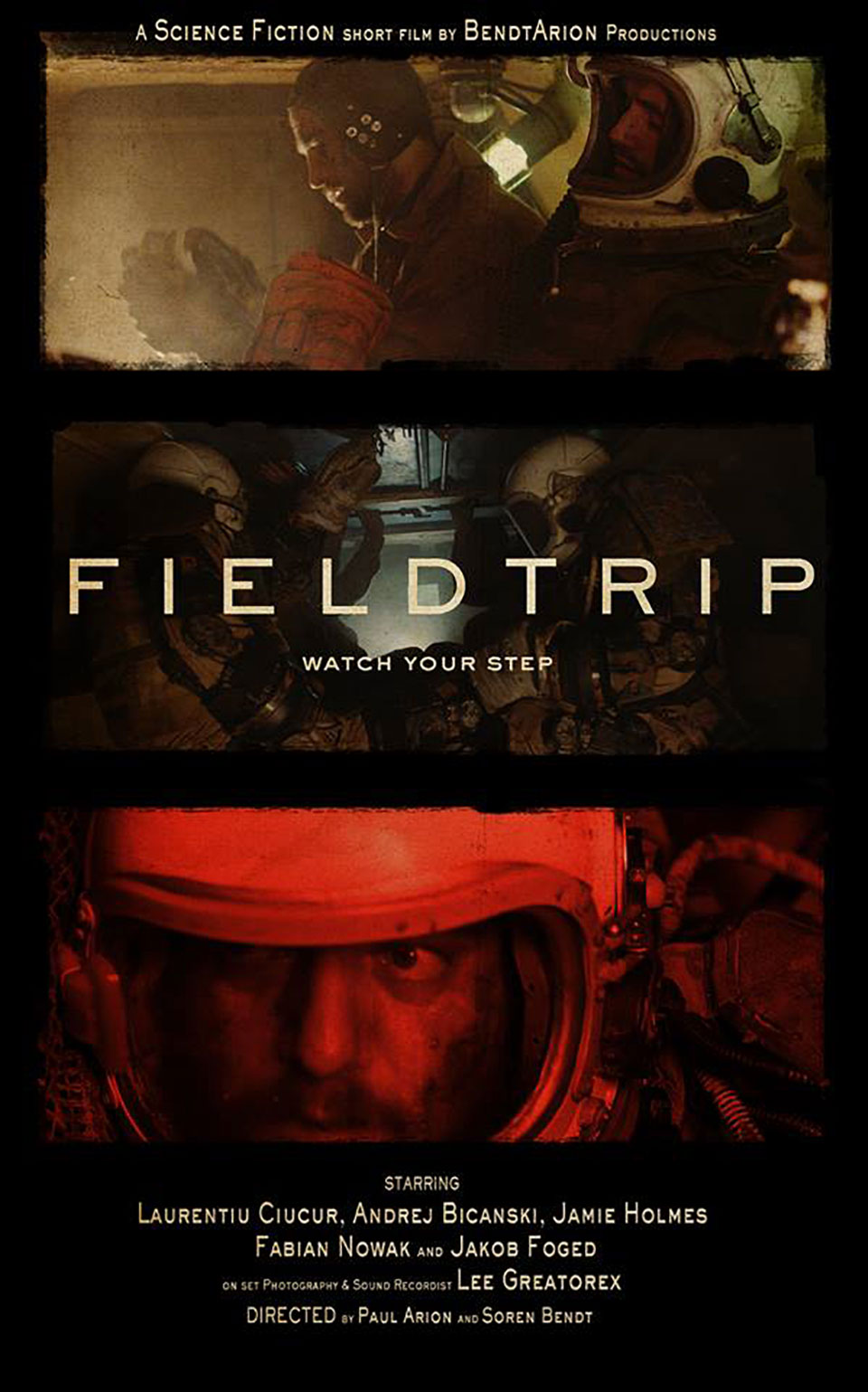